Cracking both the dominating economic system governing from its limiting premises and the exclusive and exclusionary modern art system governed by the autonomy of the arts and the art-genius.

The theory from which I operate argue that western society is primarily based on economical motives such as: self-discipline, optimization and reason. In opposition to that the theatrical space is primarily based on the motives of the aesthetic system; sense, delight, and feeling. With our performers being amateurs and with the involvement of the audience as interactive, ‘ordinary people’, as opposed to art-genius’, receive the possibility of experiencing the aesthetic enrichment. In addition this experience creates a feeling of liberation from the motives of the economical system that works repressively. Currently a relatively small number of people find their way to the live and relational fictional parallel universes. Therefore an implementation of a theatrical space in a professional organizational context is suggested. A project like this can be understood under the term: Arts-in-Business, where arts facilitate change in organizations. I am open to discuss the practical and value orientated challenges of Arts-in-Business but will however accentuate its potential. I will also pose the question if Arts-in-Business have the power to redefine the paradigms within which both Capital and Art operate. 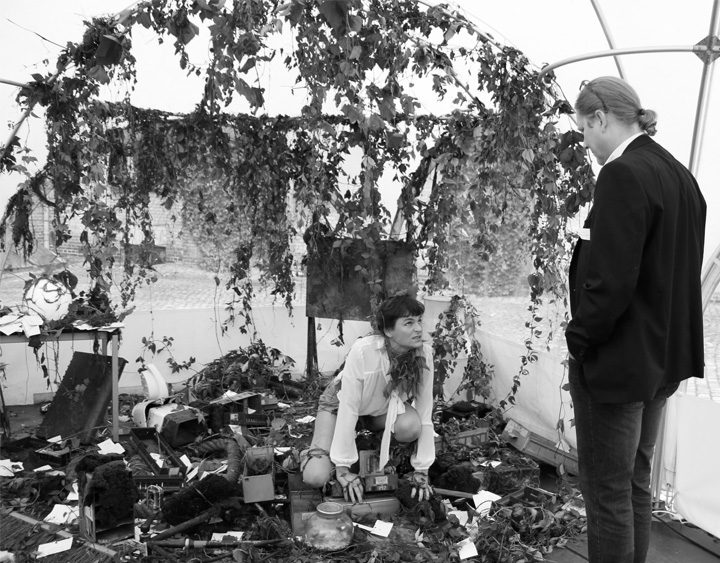